From Alawar Entertainment, who brought you Viking Heroes 2, comes the third chapter in this epic series of mythological mayhem!

As a reward for their great deeds, the four Vikings are invited to a feast of the Gods. Together with the guardian of the rainbow bridge known as Bifrost, our heroes set off on their journey but quickly discover that the bridge has been destroyed and the path to Asgard is cut off! If Bifrost is not restored soon, the worlds will collide, and chaos will reign, so the group sets out on a new mission to travel the realms in search of the artifacts that can repair the bridge. But it won’t be easy, as the Vikings find themselves visiting locales that are as dangerous as they are stunning. Enlist the aid of old god friends and the Great Serpent Jörmungandr in your quest to restore the ruined Bifrost and catch the perpetrators… maybe even the cunning Loki would be willing to do you a favor.

Join the Vikings as they battle various supernatural creatures, mine resources, and eliminate obstacles to repair the bridge and save the realms. It’s a race against the clock, so prepare to think fast and make critical choices in this epic time management adventure! 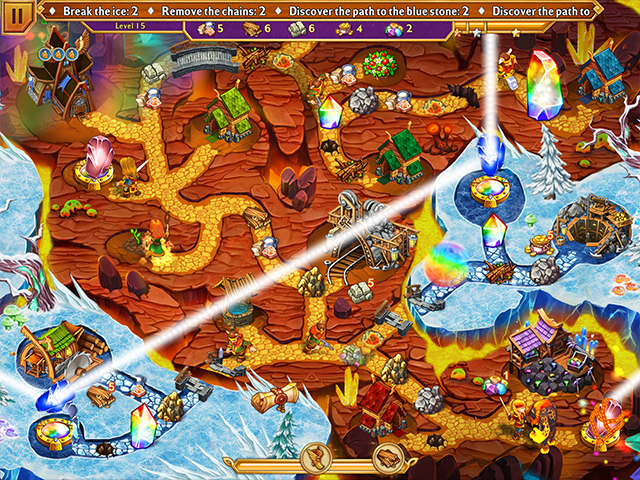 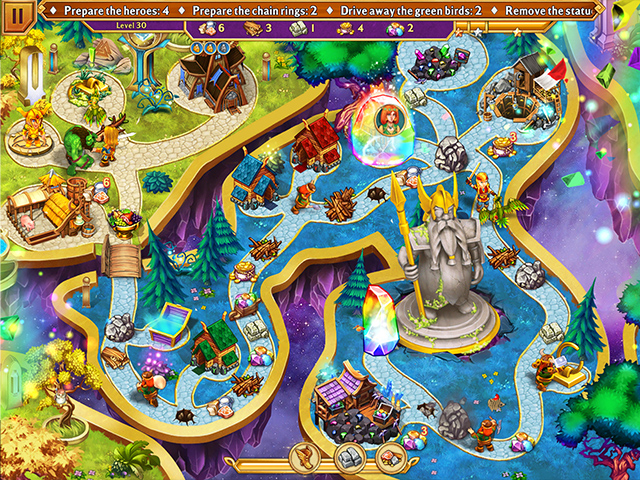