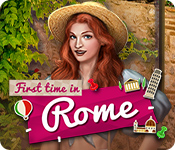 Boomzap Entertainment brings you an exciting new sequel to inspire the sightseer in you with First Time in Rome!

Kate Robinson and her daughter Nicole are back and ready to explore another new city for the first time! This time, Kate is working on a big job with a local tourism agency in Italy’s beautiful capital, Rome! Can Kate and Nicole enjoy everything the city has to offer and still find time to complete the assignment? Find out in this adventurous new Hidden-Object Puzzle Adventure game! 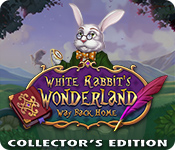 When we forget about the dreamworlds of our youth, it often takes something special to remember them again. Once upon a time, Alice forgot about Wonderland, but now she’s back! But who or what brought her back, and why? Who fought against her return, and what did they have against her? Discover the truth about what brought Alice back to Wonderland – and back to new adventures, friends, and enemies!

Help the brave heroes of Wonderland reunite with their favorite heroine in this fantastic Time Management fairy tale! 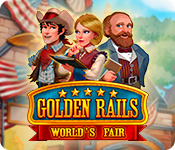 Alawar Entertainment returns to the wild west with the next exciting installment in the Golden Rails series!

Roll up your sleeves for the challenge of a lifetime when the mayor of your hometown asks for your help constructing the next World's Fair!
Repair rusty rails and lay new tracks so locals and visitors alike can get to the exhibition and witness the dawn of the age of electricity. But beware, not everyone is on board with this plan. Bandits and thieves are out to stop you at every turn. And that’s not all! You’ll have to contend with fires, reconstruct settlements, establish trade routes across land and water, and still find time to prepare for the opening of the most grandiose exhibition in the world! Are you up to the task? Let's find out by playing this fast and furious Time Management game that’s sure to keep you busy! 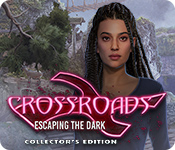 Crossroads is open for business once again, and Mistress Eve is back, serving up guidance as only she can! When a gamer wanders through the door fresh from a therapy session, our mysterious bartender offers a collection of special video games custom-designed to help them learn to overcome an array of phobias and anxieties that have plagued them for years. Make your way through three tales of terrifying horror as you help them cope with their traumatic past and deal with their fears, but be careful because when you’re at Crossroads, your choices matter! Will the troubled traveler learn a life lesson or crack under the pressure? The choice is yours in this reality-warping Hidden-Object Puzzle Adventure game!

A lovesick black cat desperately needs to reach his true love, but he's stuck far away from her on the other side of grandma's gigantic house! Luckily, you play as the renowned Cat Cupid and can help the infatuated feline by leading him to her through fifty challenging rooms! It will take skill, cleverness, and a light touch to save true love in this fun and furry puzzle game! 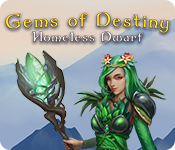 Follow the epic story of Axel the Dwarf and his mission to rebuild the destroyed village! You'll meet interesting characters, earn gems to help build the town, and conquer challenging Match-3 puzzles along the way! There's no time to waste! Axel and his friends need your help! 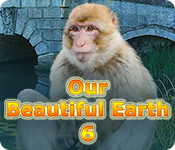 BD Studio Games returns with another fantastic collection of Hidden-Object scenes from around the globe in the latest Our Beautiful Earth!

Take a journey around the world while finding hidden objects, spotting wildlife, and completing a wide array of challenging mini-games! You’ll make stops at jaw-dropping locations in Japan, Australia, England, China, and many more! Be sure to soak it all in during this seasoned traveler’s Hidden-Object trip of a lifetime! 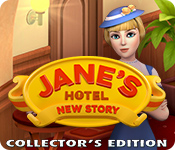 During a visit to her great-grandmother's city, Jane discovers that her family once owned and operated a famous hotel which was, in fact, the first female-owned resort in town! Jane realizes it's up to her to revitalize the hotel and return it to its former glory! Help entrepreneur Jane to rebuild, redecorate, handle customers, and expand her hotel empire in this luxurious time-management game! 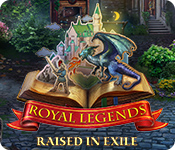 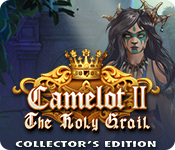 Telltale Games delivers an epic adventure for the ages!

When Guinevere, the queen of Camelot, is stricken with a mysterious illness, King Arthur turns to the court magician to find a cure. It's soon discovered that the healing power of the legendary Holy Grail may be the only way to save the queen's life, but the Grail has been lost somewhere in the vast expanses of Avalon, a dangerous realm full of mystery. As the king's trusted magician, it's up to you to make your way into Avalon, locate the Grail, and return to the queen before it's too late! Seize this chance to be the kingdom's hero in this legendary Hidden-Object adventure!