The Be a King games are developed by 300AD. They are fantasy strategy and town-building games. This is a list of Be a King series games in order by release date: 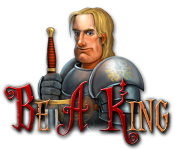 (3.8 / 5)
Released: March 27, 2009
Start off as a newly crowned prince and build your empire from the ground up! Create and maintain villages, towns, and even big cities, as you rule your land. M…
Buy Now   More Info   Try for Free 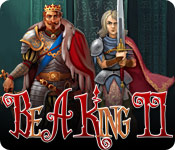 (3.7 / 5)
Released: June 28, 2010
Step into the shoes of a benevolent leader! Construct new buildings and defend your kingdom from incoming raiders in Be a King 2! Save your father’s kingd…
Buy Now   More Info   Try for Free 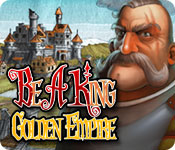 Be a King: Golden Empire

(3.1 / 5)
Released: December 7, 2011
Defend your kingdom from raiders in Be a King 3: Golden Empire! Rebuild cities to their former glory, feed the poor and protect them from raids by bandits. Rule…
Buy Now   More Info   Try for Free